On December 17, BAST held a warning education conference with the topic of “Taking Cases as Lessons and Promoting Reforms by Cases”, studying and implementing the content of the warning education conference and the spirit of Secretary of Beijing Municipal Party Committee Cai Qi’s important speeches to further improve the thinking level, and strengthen Party self-discipline in a firmer way. Ma Lin, secretary of Leading Party Member’s Group of BAST, attended meeting and delivered a speech, and Wu Qi, the leader of Discipline Inspection Group at BAST, attended the meeting and delivered a speech. Members of Leading Party Member’s Group of BAST, more than 60 cadres of all departments, cadres of section level in agencies and public institutions and cadres of Discipline Inspection Department attended the conference. Sun Xiaofeng, member of the Leading Party Member’s Group of BAST, Vice President, and Secretary of Leading Party Members’ Group, chaired the meeting. 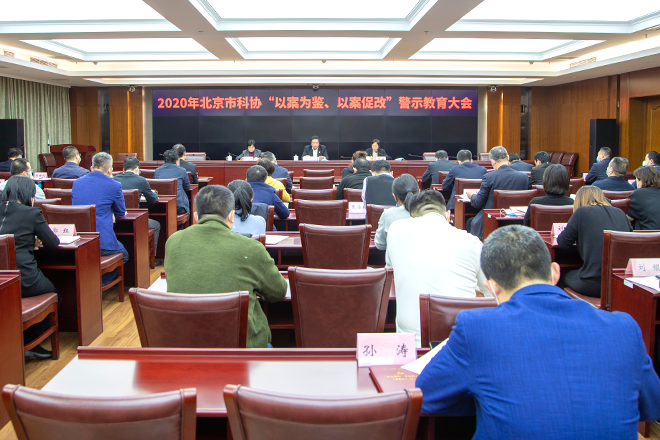 People attending the meeting firstly watched the warning documentary called Branch Road without Back Way and Shadows in the Sunshine Hall. The warning education conference and the spirit of Secretary Cai Qi’s important speeches were passed and studied. 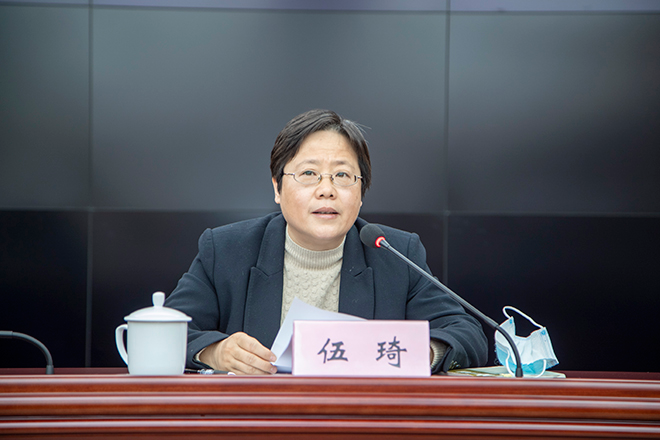 According to Wu Qi, it was necessary to effectively enhance the awareness of discipline and rules, and understood the new trend and new requirements of comprehensively strengthening Party discipline and notified the characteristics of the scientific and technological system and scientific research cases and the problems found in the process of inspection since this year, ask everyone to take it as a warning and keep staying alerting. the Discipline Inspection Group at BAST of will implement the requirements of "taking cases as a lesson and using cases to promote reforms", and effectively fulfill the inspection responsibilities, and promote and implement primary responsibility of comprehensively strengthening Party discipline, promote political supervision, commission special supervision, improve the power and responsibility list of government and other aspects to promote the cultivation of a clean political ecology at BAST. 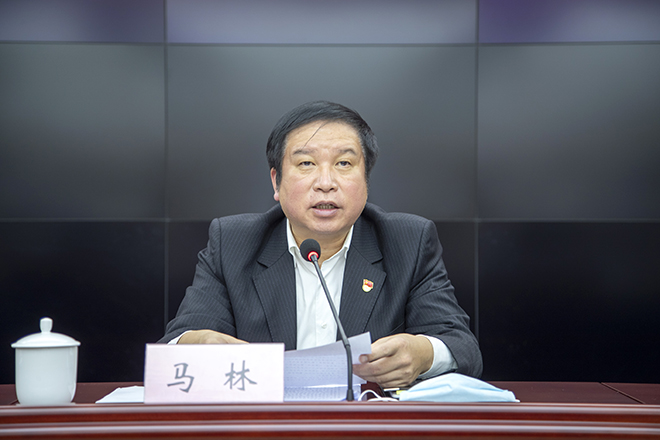 Ma Lin stressed, comprehensiveness was the base, firmer way was the streamline, the conduction of Party was the priority. We should strengthen work of six aspects of ideological conduct, elegant manner, officials, system, rules of implementation, rectification, implement carefully the spirit of "Taking Cases as Lessons and Promoting Reforms by Cases" in the warning education conference, strengthen Four consciousness, uphold Four Confidences, conduct Two maintenance, enhance the self-consciousness of ideology and movement of incorruption, push the new achievement of deepening reform at BAST, and step on new floor on the new platform. 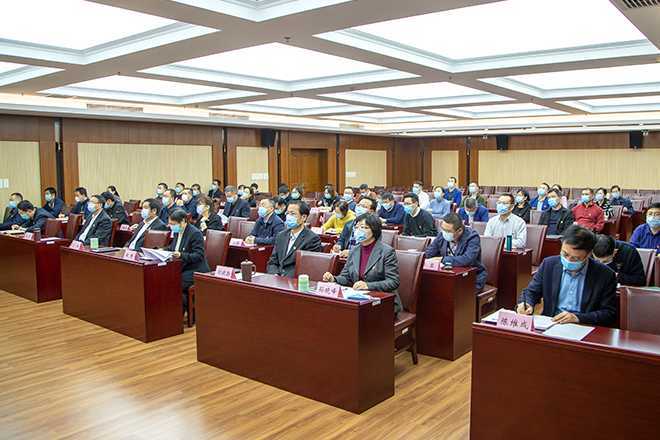 Ma Lin requested that we must earnestly study the major strategic deployment of the fifth plenary session of the 19th CPC Central Committee of the Party on advancing "dare not to be corrupt, cannot be corrupted, and do not want to be corrupt" in a comprehensive and strict governance of the party, and stick to the strict theme for a long time, promote the comprehensively strengthening Party discipline in regular and long-term effect. We must firmly grasp that BAST is a political organization under the leadership of the Central Committee of the CPC, with political nature as the primary attribute, and politics as the primary requirement, strengthen ideological and belief education and party spirit education, and strictly implement the political responsibility of" To see Beijing’s political responsibilities firstly”, make the initiative to raise awareness of the need to stay to the Party’s founding mission regular and institutionalized, and implement the spirit of the work conference of the Central Committee of the CPC and the Central Committee of the CPC’s major decisions on scientific and technological innovation on responsibilities of  "Four service", building the Beijing National Center of Science and Technology, and promoting the coordinated development of Beijing-Tianjin-Hebei. It was necessary to firmly supervise and run the Party. We should consolidate responsibilities in a multi-level ways strictly, following the requirements of the entity responsibility list, conduct pressure at all levels, perform responsibility as soon as it is formed, and realize, fulfill and conduct responsibility. We should highlight problem orientation, focus on weak links, strengthen daily supervision, and prevent and control integrity risks, and ensure that the alarm bells always ring. It was necessary to continuously strengthen the construction of the supervision system, and effectively grasp the small problems early and check erroneous ideas at the outset. We must keep a close eye on the "key few" and key positions, highlight the supervision of the "top leaders", improve and implement the supervision system of "three importance and one-large one", and promote the achievement of regular and long-term supervision. It was necessary to strictly enforce discipline and accountability, and always maintain high-pressure warning, make full use of the "four forms" of supervision and discipline, insist on dealing with problem early when it is small, insist on the condition of no restricted area, full coverage and zero tolerance, and the high-pressure situation of "Don't dare to corrupt".