From December 9 to 16, BAST, according to the spirit of the Fifth Plenary Session of the 19th Central Committee of CPC, insisting on the principles of promoting democracy, opening the door to ask strategies, and pooling ideas, held series symposiums on “14th five-year plan” for career development planning with the theme of science popularization, institute and academy, innovation and decision consultation were held continuously. Ma Lin, Secretary of the Leading Party Member’s Group of BAST, presided over the meeting, and all cadres of section level, officials of various agencies, cadres from departments and related personnel attended the meeting.

In his speech, Ma Lin pointed out that the preparation of the "14th five-year plan" of BAST is an important measure to help the construction of an international science and technology innovation center. It was an effective starting point for consolidating and deepening the achievements of the three-year reform at BAST, was the inevitable requirement for the high-quality development. He emphasized that we should prepare a good plan, we must persist in the summary work of deepening the reform of BAST system, think about the future from the height of strengthening the "three characteristics" and removing the "four modernizations," basing on the present. It is necessary to plan from three perspectives: one is to consider the basis of the preparation from the perspectives of reference, path, and recent tasks; the second is to be good at analyzing problems, discover key points, and find key issues to solve; third, to distinguish what is the priority, to find solutions, and to manage preparation of a high-quality plan.

During the symposium, in accordance with the requirements of summarizing the plan and opening the door to compile the plan, personnel of related department focused on the theme and deeply summarized and analyzed the achievements of BAST during the "13th five-year plan" period. On this basis, the Period’s direction, objectives, tasks, measures of the "14th Five-Year Plan" was put forward. "Through the symposium, everyone comprehensively and accurately portrayed the new platform of BAST, and clarified the key difficulties, direction and tasks for the development of BAST during the "14th five-year plan" period. 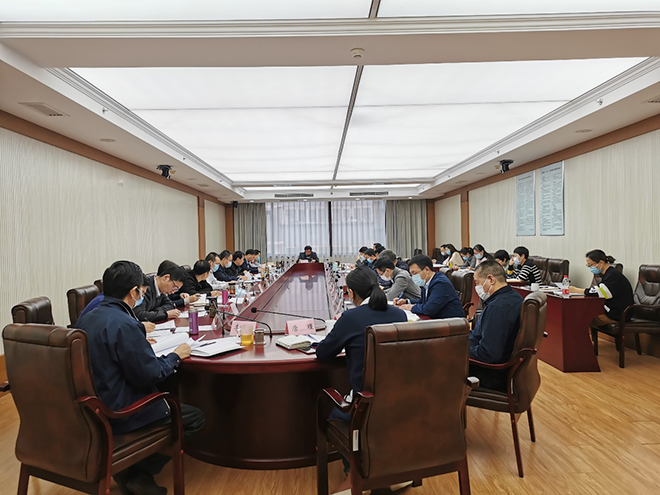