As a group organization under the leadership of the municipal party committee, Beijing Association for Science and Technology, focusing on the construction of Beijing as a national center of science and technology innovation and international exchanges, has long been committed to deepening exchanges and cooperation with foreign scientific and technological organizations, uniting overseas scientific and technological forces to serve the development of the capital. Since the outbreak of COVID-19, BAST has played a leading role in party building, strengthening international contacts, and bringing together overseas sci-tech workers to fight against the epidemic.

Recently, more than 10 international friendly science and technology organizations closely connecting with Beijing Association for Science and Technology have sent letters and emails of sympathy and support for China's fight against the epidemic; overseas intellectual experts of BAST, overseas intellectual work bases and overseas science and technology societies connected with BAST have actively participated in the prevention and control of the epidemic by organizing activities and donating materials.

Foreign scientific and technological organizations sent their greetings and compliments for China's rapid response to the epidemic and to the sacrifice of Chinese medical and scientific personnel with much appreciation and recognition. In his letter, Prof. Riccardo Villari, President of Città della Scienza, Italy, said: "Please convey our admiration and solidarity to all the doctors, nurses and medical staff in China who are contributing with their excellent work and great courage in fighting the epidemic. We are confident that your determination and the admirable efforts of your outstanding scientists, the epidemic will be successfully fought and finally overcome. More than ever, international cooperation is now precious in strengthening the efforts of the international scientific community and in supporting the common research of a solution." In the letter from the Pakistan Science Foundation's Director of International Linkages, Ahsan Feroze wrote, “My Chairman, my colleagues and myself are deeply concerned  about the well being of our Chinese friends and their families and wish you all a hale and healthy life ahead, especially in the wake of the emergent epidemic of Coronavirus. We hope and pray that the China completely recovers from this temporary ailment and copes with this catastrophe in an exemplary manner." In her letter of support, Irene Pivetti, Honor Chairman of World Green Design Organization and Former President of the Italian Chamber of Deputies, said, "As an old friend of Chinese people, I am leading my group and using all my relationships to help cooperating with China in fighting the epidemic. In this moment we are collecting all over Europe and outside Europe, in Asia and in the Mediterranean, medical supplies to provide necessary medical items to China at this difficult moment...my admiration for Chinese government which rapidly and effectively is providing a response at the whole world facing the Novel Coronavirus." In addition, the European Association for Scientific Engagement, the Moscow State University of Russia, the Ukrainian Academy of Sciences, Czech Association of Scientific and Technical Societies, University of Twente, the Japan Science and Technology Agency, the National Science and Technology Museum of Thailand and other organizations also wrote or gave phone calls to send greetings and call for closer exchanges and cooperation. 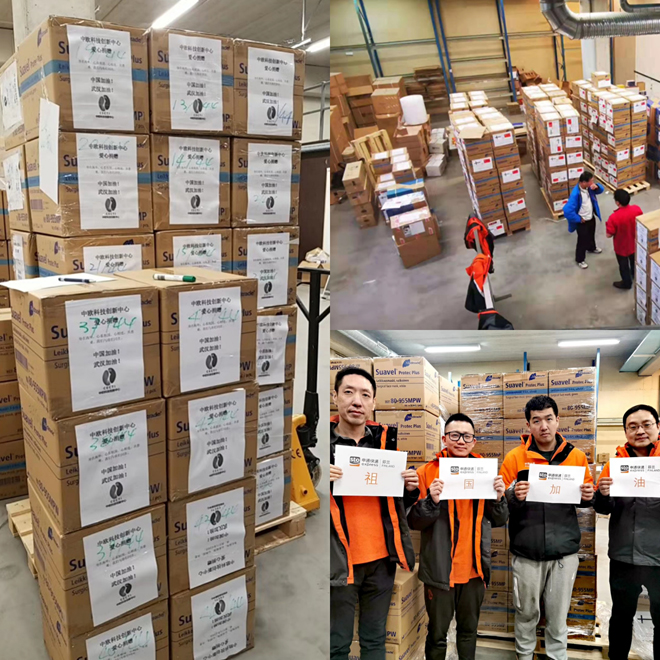 In the face of the outbreak of COVID-19, BAST actively exerts the advantages of overseas intellectual experts and the network of overseas science and technology societies in contact with to mobilize social strength and overseas science and technology workers, into the epidemic prevention and control of science and technology and support materials collection and distribution work. Dr. Zhang Hongbo, a HOME program expert of BAST and President of the Finnish Chinese Association for Science and Technology, participated in writing the epidemic prevention and control plan and submitting it to the relevant national departments, and Leading the association, using its own overseas academic strengths to popularize the science and technical interpretation of epidemic prevention and control and protective gear through WeChat. With good results, Dr. Jiang Miao, who works at the Finnish National Centre for Health and Wellness, was the first to participate in the first Finnish case of COVID-19. The Association has also raised funds for the purchase of urgently needed medical and epidemiological equipment, despite numerous difficulties and in compliance with Finnish law. Medical protective gear and the urgent formation of a medical academic committee made up of medical experts from home and abroad to accurately ship supplies to China. Dr. Chen Banghua, an expert in HOME program of BAST and president of the American Association of Chinese Medical Scientists, wrote "Chinese Medicine to Combat the Epidemic. He also led the association to actively participate in the work of the Chinese volunteer platform in Washington, D.C., to raise funds for medical supplies to be sent to China. Dr. Zhang Weihong, Vice President of the Association of Chinese Professionals in L.A. and Chief Scientist of the European Union Framework, led the establishment of the European Network of Public Health, Virology and Health Care in L.A. A group of Chinese experts in the fields of epidemiology, imaging, Chinese medicine, etc., collected information on the epidemic, disseminate popular science information and provided advice on epidemic prevention. The association also actively raises funds for the distribution of medical supplies to China. The China-European Science and Technology Innovation Center, the work base of Beijing Association for Science and Technology, gave full play to its channel advantages in Europe, and joined forces with the Nordic Public Association and the Swedish Chinese General Association to raise funds for the distribution of medical supplies to China. The Finnish offices of Shentong Finland, and Lucky Air Finland collected donations for medical supplies to be sent to China.

At this critical moment in the fight against the epidemic, BAST will further give full play to its role as a party group and its own network advantages, strengthening exchanges and cooperation with friendly international scientific and technological organizations, extensively mobilizing overseas scientific and technological forces, join forces to convey China's firm confidence in defeating the epidemic. We are determined to win the overall battle of epidemic and its prevention and control.