Experience and Study of Beijing Medical Association in Social Governance

In the late autumn of 1922, the Beijing Medical Association was founded in Yanshoutang of Xizongbu Alley, Beijing, with 66 doctors attending the founding ceremony. Experiencing 100-year ups and downs, history has left a deep mark in the development of Beijing Medical Association. No matter during the War of Resistance Against Japanese Aggression, the War of Liberation, the War of Resistance Against U.S. Aggression and Aid Korea, or in the face of major natural disasters such as the SARS epidemic and the 2008 Sichuan earthquake in the 21st century, the Beijing Medical Association has always adhered to the morality that medical workers should keep benevolent, making contributions to the development of the country, the well-being of the people and social progress, which demonstrated humanitarianism, responsibility, courage, wisdom and resilience. 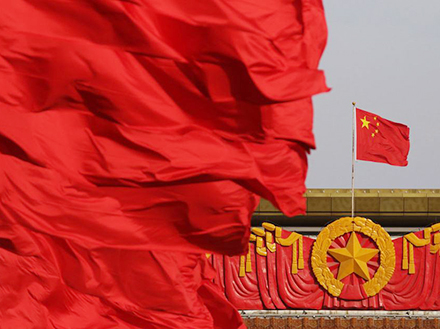 In the first year of 2020s, a sudden pandemic disrupted the pace of economic and social development. Faced with the pneumonia caused by unknown new coronavirus, it is inevitable that there will be panic in society, even irrational, anti-scientific behavior; medical workers are under unprecedented pressure and government are facing severe challenges in prevention and control. How the Beijing Medical Association, a society of thousands of medical and health workers in the capital, to solve the confusion for the people, help the government get over the difficulties and reduce the burden for the society in the prevention and control of the outbreak? The propositions adapting to the times are of great significance.

Scientific and technological governance: Internet, as a divine and useful tool, should play an excellent role.

Science and technology is an excellent helper in innovating modern social governance system. Modern information technologies, such as big data and cloud computing, provide strong technological support for improving the level of social governance. During the outbreak, as isolation was in place in every community, the public confusion about COVID-19 failed to be settled; patients rushed to the hospital in a short time, which increased the pressure of medical workers in the frontline sharply.

To this end, the Beijing Medical Association decided to change the way of thinking, introducing the mode “Internet + service” and making full use of video communication, big data and other modern information technological means to build "Beijing online consultation platform for COVID-19", which breaks through the barrier of time and space and realizes the connection of medical resources as well as information sharing, so that the public can obtain the knowledge of epidemic prevention and the professional guidance of doctors in prevention, medical treatment and so on. It is conducive to relieve the public anxiety and seek medical treatment in an orderly manner, in which the risk of cross-infection and the pressure of public medical resources are reduced.

Talent resources: the supporting of scientific and technological governance.

If information technology is the skeleton of the online consulting platform, then talent is its blood. The experts of Beijing Medical Association is the important talent force for our participation in social governance. Professional and scientific information of the platform relies on the experts. Therefore, the Beijing Medical Association decided to establish an "expert database for Beijing online consultation platform for COVID-19”. According to the requirements of the association and professional characteristics, experts were classified into various groups, which is mainly composed of emergency medicine, respiratory disease, infectious disease, critical care, general medicine, etc., while respiratory endoscopy, thoracic surgery, tuberculosis, cardiovascular disease, neurology, endocrinology, obstetrics and gynecology, perinatal medicine, pediatrics, oncology, ophthalmology, ENT, and psychology as the supplement.

From the launch of the platform construction in January 26 to the release of it in February 1, nearly 2000 doctors actively signed up the expert database within just six days. On February 1, Professor Ishikawa, a member of the Standing Committee of the Psychiatric Branch, was actively building a psychiatric database for the platform on his way to aiding Hubei.

Appeal of the masses: the starting point and landing point of social governance.

The public are the broadest participant, the biggest beneficiary and the final judge of social governance. Beijing online consultation platform for COVID-19, as the authoritative platform guided by government and operated by the association, focuses on the most concerned and urgent issues of the public and provide advisory services for free. We continue to make an authoritative science popularization of the epidemic through video live. The rational publicity of the epidemic prevention and treatment is transmitted to the community by online and offline collaboration to serve the broad masses of the people.

The platform had held a total of 103 live streaming, uploaded 278 popular science videos and completed online nearly 15,000 Q&A from February 1 to June 8. The total number of visitors to the platform reached 40.63 million. The service objects is not only from Beijing, but also from provinces and cities, like Hubei, as well as overseas Chinese. Netizens’ enthusiasm for participation is very high, especially in the live streaming. There are 1.434 million times of participation in the live streaming, Am I Infected if I Have Fever And Cough, addressed by Professor Zhu Jihong, vice-chairman of emergency medicine branch of Beijing Medical Association. Professor Zhi Xiuyi, the 1st chairman of the thoracic surgery branch of the Beijing Medical Association, made a live streaming, named "two outbreaks, why lung is always the target", receiving a total of 1.085 million times of participation.

Social governance is never an empty metaphysical concept. Each collective and each individual is a node in the grid of social governance. As a "pivot" social organization in the field of medical and health care in Beijing, the establishment of the Beijing online consultation platform for COVID-19 is a brand new trail of Beijing Medical Association to involve in social governance by making use of modern information technology. In the future, we will continue to focus on the public welfare and the demands of the masses, taking the responsibility to make our own contribution to improving the efficiency of social governance in Beijing.