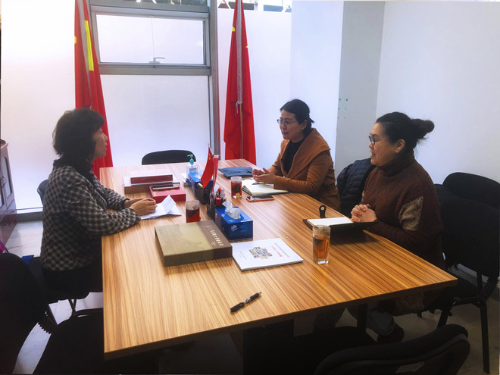 Secretary Shen Jie fully recognized work results of Haidian Branch, pointing out that “BAST is the centerpiece of CAST and Haidian Branch is the centerpiece of BAST”, and that Haidian Branch studies and carries forward the spirit of Zhongguancun and dares to serve as the “experimental field”. She also raised work requirements as follows: first, as there are 659 academicians working or living in Haidian District, Haidian Branch is expected to pay consolatory visits to them before the upcoming New Year’s Day and Spring Festival to make them feel cared about by the Party and government; second, facilitate the “dual reduction” with “dual advancement”, as Haidian District is expected to take the initiative as a major district of science education to bring high-quality courses and activity resources to primary and middle schools as part of the efforts to help raise science literacy of teenagers and facilitate full coverage of science popularization services across primary and middle schools; third, advance the establishment of BAST branches at the level of industrial parks and buildings to ensure omnipresence of BAST wherever scientists and technologists work or live; fourth, advance the digitalization of BAST through joint efforts of BAST and its district branches by jointly building S&T consulting information platform, academic exchange service platform, achievement transformation evaluation industry platform and information interaction social networking platform for connectivity and sharing of resources. 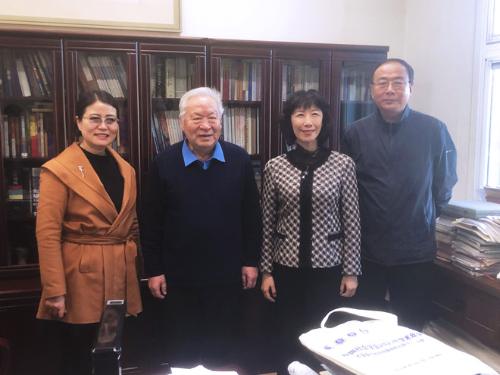 After that, Secretary Shen Jie, Vice President of BAST Tian Wen and Executive Vice President of Haidian Branch Zhang Lihong paid a visit to CAS academician Gu Binglin, famous physicist and material scientist, former President of Tsinghua University and Honorary President of BAST, asking him about his physical and living conditions and thanking him for his contributions to the cause of BAST and cultivation of scientists and engineers.

After the field survey, Haidian Branch lost no time to hold a plenary session to convey the instructions of Party Secretary Shen Jie during her field survey of Haidian. Executive Vice President of Haidian Branch Zhang Lihong required all Party members and cadres of Haidian Branch to study and understand the requirements of municipal and district leaders for their work, intensify occupational study, improve their ability to serve scientists and technologists and endeavor to address the last mile issue in servicing scientists and technologists by advancing establishment of BAST branches at the level of industrial park and building. By facilitating “dual reduction” with “dual advancement”, and by relying on young and old scientists working with CAS, Tsinghua University, Peking University and Beihang University, and scientific research institutes, a “national team” of science communication and education is expected to be formed at Haidian Branch, with focused efforts to cultivate “little scientists”in Haidian, strengthen the climate of science and technology education in the district, carry forward the scientist spirit and bring up future stars of science and technology through a series of science communication events such as scientists on campus. Meanwhile, according to the spirit of the 13th Party congress of Haidian District, efforts should be made to increase interaction, deepen emotional bonds and unite more scientists and technologists to take roots in Haidian, actively contribute to the development of Haidian and endeavor to support scientific decision making of the district party committee and district government, by visiting and networking with academicians, scientists and tech companies and by relying on seminar and forum.