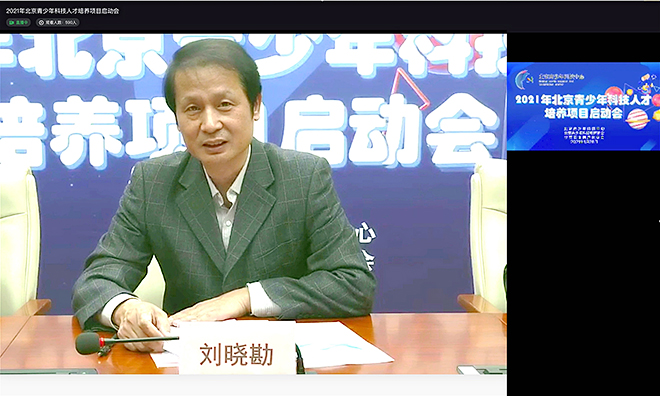 Liu Xiaokan said in his speech that BAST thanked lab supervisors, school leaders, teachers and friends from all walks of life who had long been concerned about and supporting the cause of teenage science and technology education and expressed congratulations to nearly 600 students selected into the talent program through layers of selections. Since its implementation, BAST’s talent cultivation program has made fruitful achievements, as some students have walked into the frontline of scientific research, contributing to the cause of science and technology of the motherland. He emphasized that the year 2021 marks the 100th anniversary of the founding of CPC and also the beginning year of the 14th five-year plan, in which constructing a high-quality talent cultivation system is an imminent task that requires sticking to the system concept and reshaping high-quality talent cultivation approaches in the new era. He expected students to pioneer and progress in scientific research activities, get involved in the great cause of national development, contribute to the fate of mankind and jointly write a new chapter of the Chinese dreams of great rejuvenation of the Chinese nation. 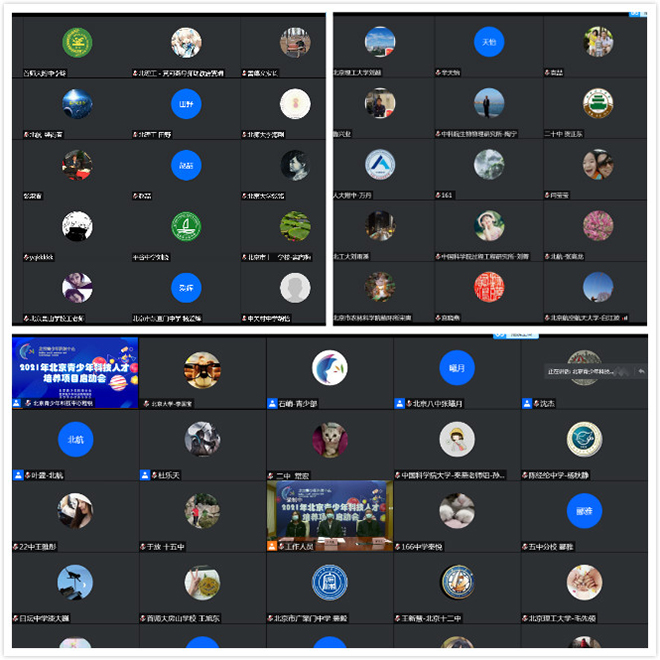 Ye Sheng delivered a speech as a tutor representative. He said Beijing teenage sci-tech talent cultivation program provides capable, outstanding students with a scientific research practice platform, allowing them to have the opportunities to access the internationally cutting-edge scientific research work and laying a foundation for the career success of teenagers. He mentioned the need to motivate teenagers to learn through a “learning by research and focusing on both learning and research” approach, and to cultivate teenagers with interests as the starting point in order to cultivate scientific research professionals for the country and society. 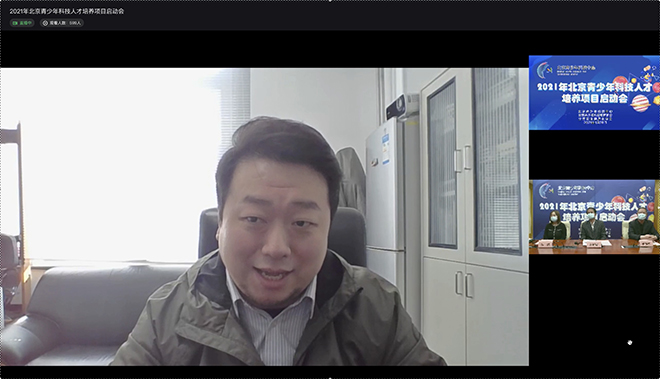 Shen Jie delivered a speech as the representative of base school leadership, thanking BAST for the high-quality platform provided to teenagers and sharing the practices and achievements of Capital Normal University High School in talent cultivation programs. She said that Capital Normal University High School, as a talent base school, will act as the guide well, is willing to serve as the “soil” for cultivating genius and encouraging innovation and will work with BAST to cultivate teenagers with a sense, ability and spirit of innovation. 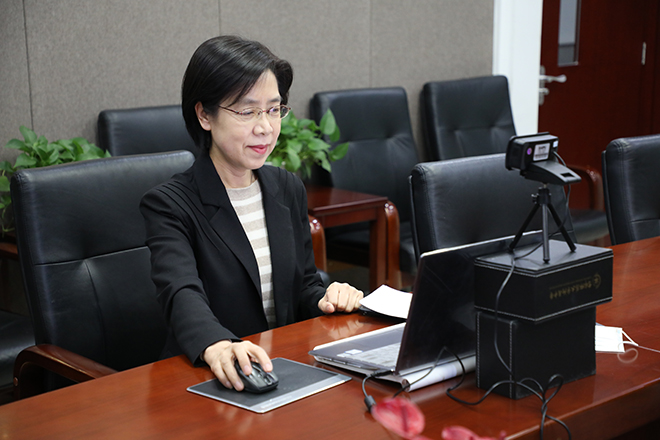 Du Letian, now a student of the foundation enhancer program in the 8-year major of basic medicine at Peking University Health Science Center, delivered a speech as the representative of former graduates, sharing his daily takeaways from participation in scientific research projects and raising suggestions for new students, saying that he would actively participate in talent cultivation activities thereafter, communicate with others and make personal contributions to the talent cultivation program. Student Zhang Xiyue from Beijing No. 8 High School, made a speech as the representative of new students, saying that he would study hard, enrich her theoretical knowledge and explore scientific research methods in the talent cultivation program, as well as contributing her wisdom to scientific research work seeking wellbeing for all mankind. 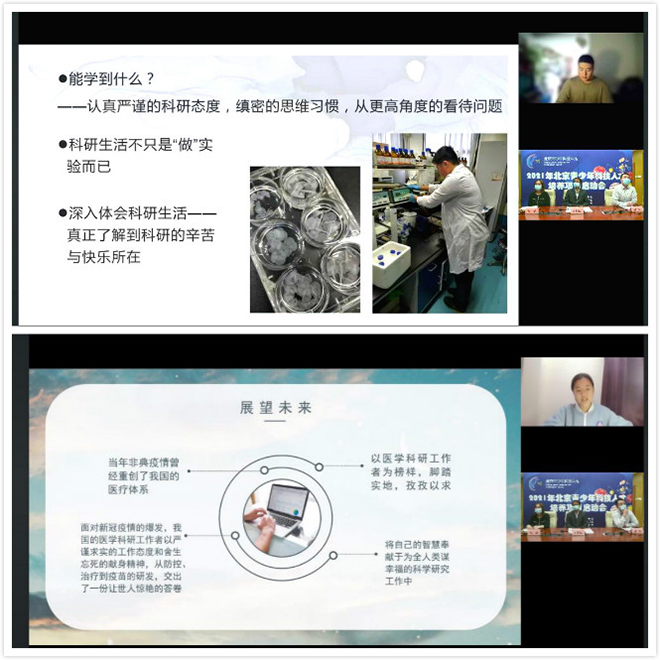 After the kickoff conference, selected students logged into the “academician experts talk about science” column of Beijing Academy of Science and Technology Education Innovation to listen to expert reports. 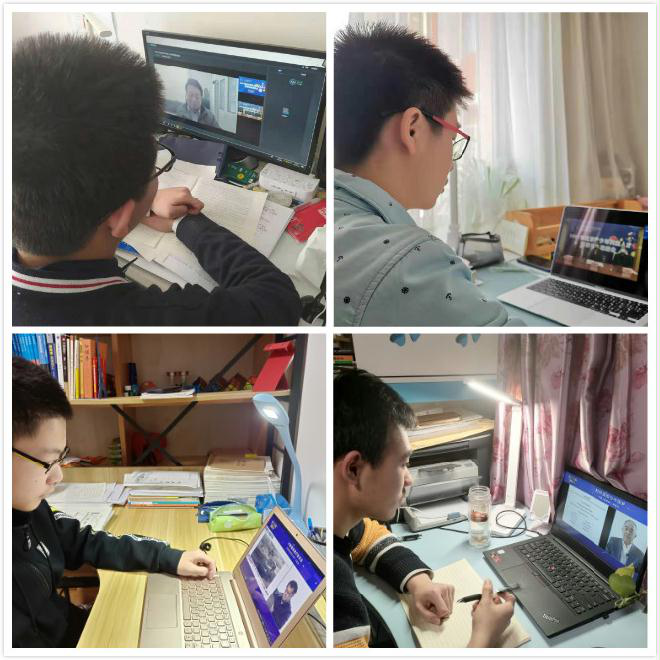 Related personnel of Beijing Youth Science and Technology Center participated in the conference.