On the eve of the 2021 “national sci-tech workers day”, sponsored by Beijing Association for Science and Technology and co-organized by Beijing Science and Technology Consulting Center and Beijing Institute of Engineers, Beijing Independent Innovation Ability Enhancement Communication and Demonstration Session at Beijing Institute of Engineers was held successfully in Beijing on May 8. Academician of Chinese Academy of Engineering and President of BIE He Kebin, member of Leading Party Member’s Group and Vice President of BAST and executive vice president of BIE Meng Fanxing attended the event. Over 200 individuals including directors and members of BIE and distinguished guests participated in the event. The event was hosted by Director of Beijing Science and Technology Consulting Center and Secretary General of BIE Xu Wei.

Meng Fanxing pointed out in his speech that BIE has been gathering engineering strengths at home and abroad based on the rich resources of engineering science and technology in Beijing and sci-tech associations of thousands of companies since its inception, in an effort to build international engineering cooperation networks, actively explore and innovate by focusing on engineering professional capability enhancement and quality training, cutting-edge academic exchanges, sci-tech evaluation and international mutual recognition of engineer professional qualifications, with a series of initiatives such as “engineer career rebirth program” and engineer salon launched to help improve the capabilities of frontline engineering technicians. Meng emphasized that BIE is expected to bear in mind its mission and original aspirations, remain inspired by the course of struggle and great achievements of CPC in the starting year of the “14th five-year” plan period, solidify its foundation of development, run its organization in a high-level and open manner, serve its members with high quality, firmly align its work with the overall objectives of CAST and BAST, focus on high-quality development of the capital city and contribute engineering science and technology strengths to the implementation of innovation-driven development strategy. 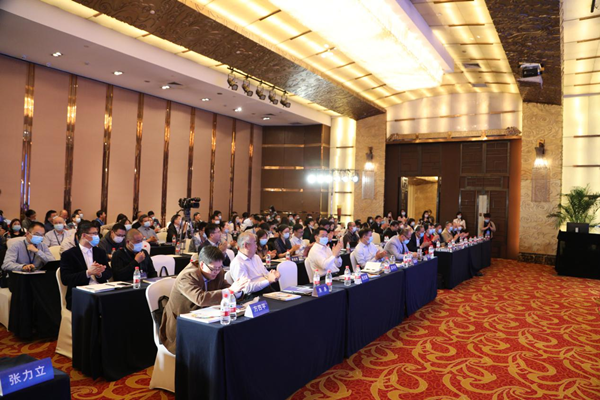 Director of BIE and Deputy Director & Secretary General of UNESCO International Centre for Engineering Education Wang Sunyu released the “Beijing Institute of Engineers Guiding Standard for Evaluation and Development of Engineers’ Engineering Capabilities (version 1.0) at the conference. This standard calls upon BIE members to work towards the development objectives of “orientation towards capabilities”, “compatibility and equivalence” and “continuous development”, and will guide and standardize related prioritized efforts of BIE such as future member capacity building, science and technology evaluation and promotion of international mutual recognition and trust of professional qualifications.

In March 2021, 80 entities including national and local societies and universities jointly initiated and founded the Chinese Society of Engineers, with involvement of BIE as a local society representative. This event invited director of the training and talent service center of Chinese Association for Science and Technology Fang Siping to introduce to the participating members related details of CSE. The founding of CSE will better help engineering science and technology practitioners nationwide realize value, contribute to economic and social development and promote the exchanges and cooperation between China and the international engineering community.

As the saying goes, “highly-skilled craftsmen outshines hundreds of workers, even overshadowing the sun and moon”, engineers are the backbone of driving force behind human civilization and social progress and the foundation propelling the rise of major powers. In order to better unite and lead engineering professionals in the capital city and focus on the comprehensive new improvement requirements facing engineers in the capital city at the stage of new development, this conference carefully selected topics surrounding new strategy, new form of business and new technology, and organized a rewarding cross-boundary communication for all members.

During the keynote report part of the conference, He Kebin delivered a keynote report titled “A New Journey towards Ecological Civilization Construction: Blue Sky Protection Campaign under Carbon Neutral Objectives”. 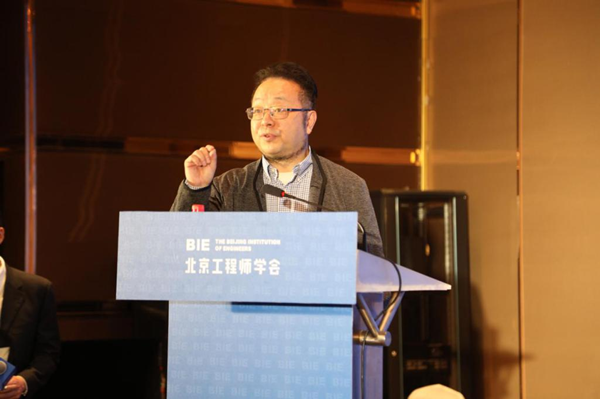 Tian Xuan, Deputy Dean of Tsinghua PBCSF, specially-engaged professor under the “Chang Jiang Scholars Program” of the Ministry of Education and doctoral supervisor, and former executive dean of School of Economics and Management of Beijing University of Posts and Telecommunications Lv Yanjie gave thematic lectures to members respectively, titled “Capital Logic of Innovation” and “Opportunities and Challenges in the Era of Digital Transformation”. 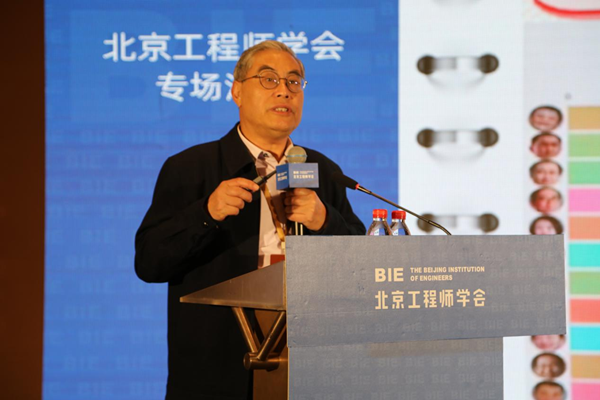 Participating members actively participated in all parts of the conference and engaged in heated discussions with great passion and a strong sense of responsibility.

Member Li Fei said, “Thank BIE for giving us such a wonderful conference today, so fascinating and rewarding that I haven’t listened to intriguing lectures like these for many years.”

Member Chen Qian said, “I think several lectures given today are so valuable and helpful to me. I heard lectures of academicians before, but they tend to be research-oriented, unlike lectures from BIE’s academicians, which are very practical.”

All participants agreed that this conference, which happened in the starting year of the “14th five-year” plan period and the 100th anniversary of the founding of CPC, is a grand gathering crystallizing the collective wisdom of engineers, as BIE organized them to share the cutting-edge academic dynamics, look into the industry developments and pool international innovation thoughts.

A solid foundation promises sustainable development. As the next step, BIE will unite and gather more engineering professionals to endeavor to practice and explore a path to reform and innovation of new-type social organizations in the capital city in the new period by building convergence and interaction platforms and working towards international objectives, in a bid to contribute to the engineering science and technology progress and growth of engineering professionals in Beijing and the construction of Beijing as an international sci-tech innovation center.