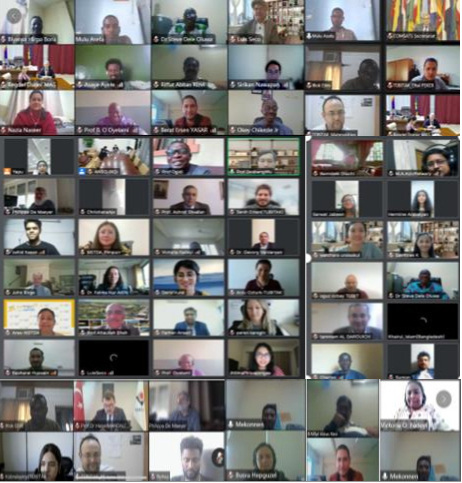 Dr. Guo Lugang, Vice President of BAST, expressed sincere thanks to the participating academicians, scholars and students from home and abroad. He pointed out that the world is facing a variety of challenges such as climate change and biodiversity conservation, and that only by uniting the global scientific communities can we overcome the difficulties and finally achieve the goal of sustainable development. He congratulated the ANSO-BIDI School and hoped that it would continue to promote exchanges and interactions among students, share advanced insights and leadership skills for achieving sustainable development, deepen the scientific and technological cooperation, and expand the influence of the BRI.

Prof. Dong Junshe, Executive Deputy Secretary of the Party Committee and Vice President of the University of Chinese Academy of Sciences，also congratulated the event and welcomed the audience on behalf of the university. He mentioned that ANSO-BIDI School has served as a window of communication at the frontiers of science in many areas such as technological innovation, risk-based decision-making, and sustainable development, and has staged its influence globally.