On July 5, the 25th Beijing Academic Month of Science and Technology Exchange was inaugurated in Zhongguancun Life Science Park. Beijing Association for Science and Technology (BAST) and the People's Government of Changping District signed a strategic cooperation agreement at the opening ceremony, and jointly unveiled the academician service center. Yang Xiuying, researcher of Institute of Materia Medica Chinese Academy of Medical Sciences & Peking Union Medical College, and three other experts were invited to give a thematic report at the Capital Frontier Academic Achievements Symposium. Representatives from 10 national acdemic societies including Chinese Institute of Electronics and China Inspection and Testing Society exchange views on how to better serve the development of Changping District and make more contributions for Beijing becoming an international scientific and technological innovation center. 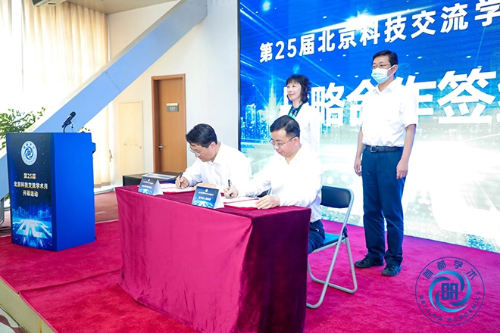 Introduce Resources of National Academic Societies into the Park

In the opening speech, Academician Liu Depei emphasized forums and activities during the academic month played an important role in serving the development of the capital by bringing together a large number of scientific and technological workers from academic and scientific research institutions in Beijing to promote scientific and technological innovation through academic exchanges. BAST will continue to give play to its organizational advantages and consolidate the foundation of serving regional economic and social development as a bridge between govenment and the scientific community, work together with more entities including the national academic societies to promote diverse collaboration and strive to build a public service platform for scientific innovation to serve key industrial parks and innovative enterprises in Beijing. 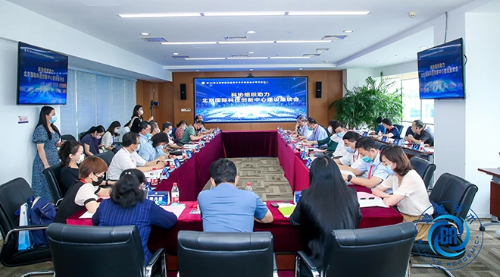 An Important Exploration to Solve Practical Problems in Regional Development

Gan Jingzhong, sceretary of the Party Leading Group of Changping District said Changping is rich in scientific and educational resources and active in innovation and entrepreneurship, and has always occupied an important position in the overall situation of innovation and development in the capital and shoulders a major mission. At present and in the future, Changping District will further expand and strengthen the Future Science City, support academic exchanges, industrial forums and other activities, better serve and support Beijing for becoming an International Scientific and Technological Innovation Center. In this process, there is an urgent need for the support and participation of scientific and technological workers to promote wide exchange and cooperation among all parties and bring together the scientific and technological forces to serve the same goal. Changping District will promote the implementation of strategic cooperation agreement, highlight the construction of key projects including academician expert service center, jointly construct Future Science City with BAST, set up a national science popularization demonstration zone, promote the implementation of scientific research achievements, and jointly promote economic and social development of Changping.

Focus on one goal and achieve seven batches

Beijing Academic Month of Science and Technology Exchange is a comprehensive, open and diversified high-end academic exchange platform in the capital region. It has successfully held 24 sessions since its establishment in 1998. In recent years, the Academic Month has held more than 100 events covering key topics in the social, economic and scientific field, covering tens of millions of scientific and technological workers online and onsite, which has become the most extensive academic exchange activity in the capital region with the largest number of participants.