At the closing ceremony of the first Beijing Animation Week held on August 9, 2022, Beijing Association for Science and Technology (BAST) and Beijing Municipal Radio and Television Bureau initiated Beijing Animation Technology Union (BATU) with another 18 animation and technology associations. The initiative was read by Chen Weicheng, member of the Leading Party Members Group and vice president of BAST. BATU follows a new mechanism to promote collaborative innovation mechanism between animation and technology, and serves as a communication platform between the art and scientific communities. It is also a think tank for solving problems in animation and technology, and seeks to facilitate the development of digital culture. Committed to promoting the integration of science and culture, the organization will stimulate the deep integration of the two sectors, and work together to drive the growth of animation industry, animation-technology integration, animation creation and exchange, animation-empowered education, and science popularization animation, so as to guide the Chinese animation into the future. 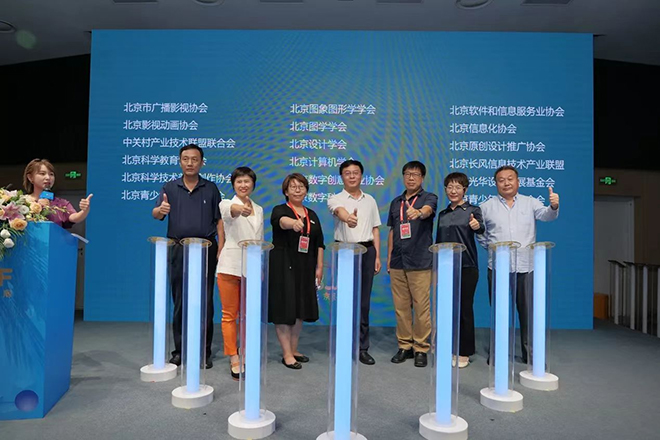 The first Beijing Animation Week chose the theme “The Bright Future of Century-old Animation”, a topic that the animation industry has made in-depth discussions. The consensus reached is that the advancement of science and technology will realize the dream of leading Chinese animation to a better future. The science and technology sector should join hands with the literature and art community and both should take the responsibility to forge animation masterpieces with Chinese aesthetics, Chinese style and Chinese splendour for the new century. To this end, BATU organized cross-border and high-end exchanges in this field in order to deepen the collaboration between animation and technology sectors, as well as create an innovative and coordinated ecosystem of animation technology in Beijing. With the animation brand forged in the capital, the story of scientific innovation, of science and culture, of the city’s development, and of the Chinese dream can all be told more encouragingly.